Last week I wrote a post about Lunar Module. This is a sample App for Hololens, released by the Mixed Reality Design Labs team. Besides the sample App, tehre are couple of interesting Assets / Prefabs which are very useful if you are creating Hololens Apps.

So, after a question about this, I’ll write a couple of posts on how to use this assets. The first one is a very common scenario

Create and display a Button and OnClick display a Dialog with a message text and action button, ie: OK and Cancel.

This is a very usual scenario in any app. The output result will be something similar to the following image

We start by clone the Mixed Reality Design Labs repository from GitHub (check references). There are a couple of submodules here for external tools, so it’s time to use your Git skills to get everything up and running.

Important: this package already have a HoloToolkit version which is compatible with Unity3D 2017.1 So we can use the latest and official Unity3D version for this sample.

I’ve created a unity3D package which includes HoloToolkit, MRDesignLab and HUX named “MRDesignLabs_Unity-0.1.3-Unity-2017.unitypackage”, you can download the package from here (link).

Let’s create an empty Unity project, clean the scene and import this package.

Important: At this point we usually add some elements from HoloToolkit to use the Hololens Camera, InputManager and more. This new package already have a Prefab which include all this elements. It’s named Hololens location [Assets / HUX / Prefabs / Interface]. 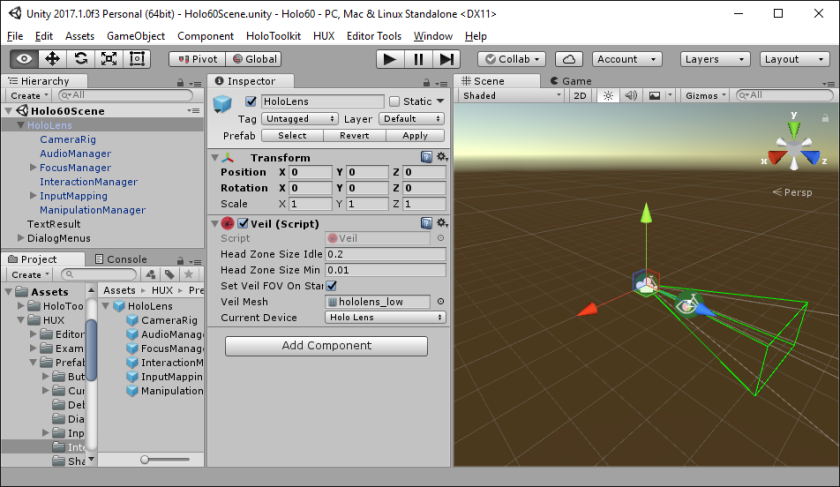 Inside this Prefab we find a CameraRig, InputMapping and more.

I’ll add a 3D Text element to display the output of the selected dialog message button.

And a few tutorial steps: 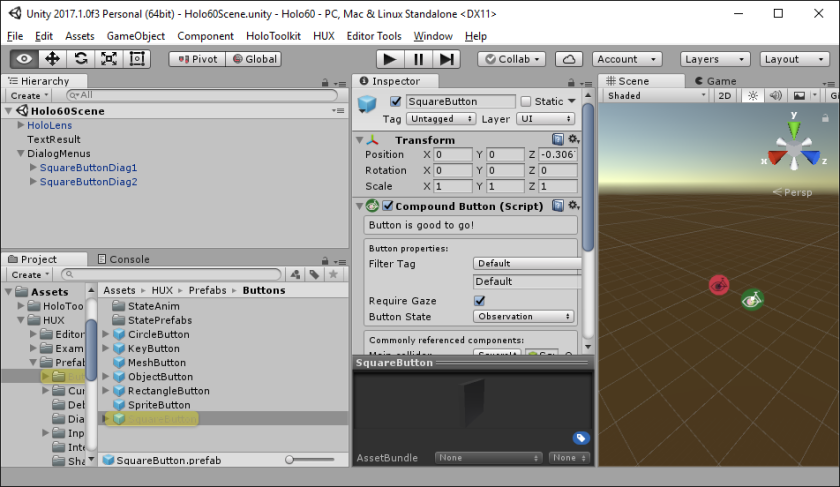 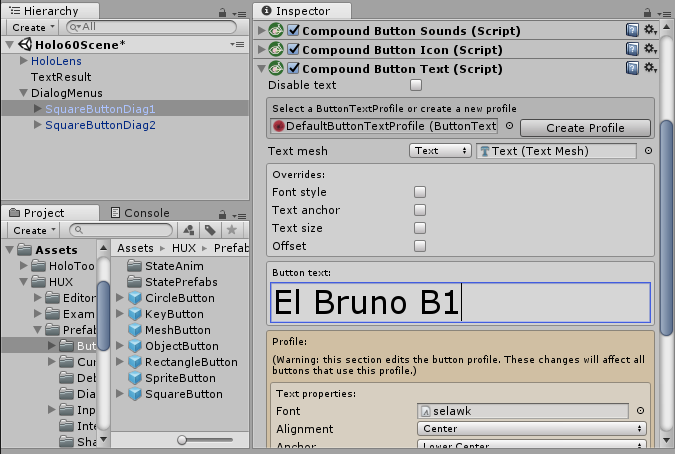 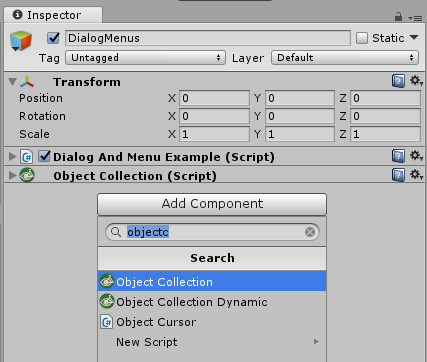 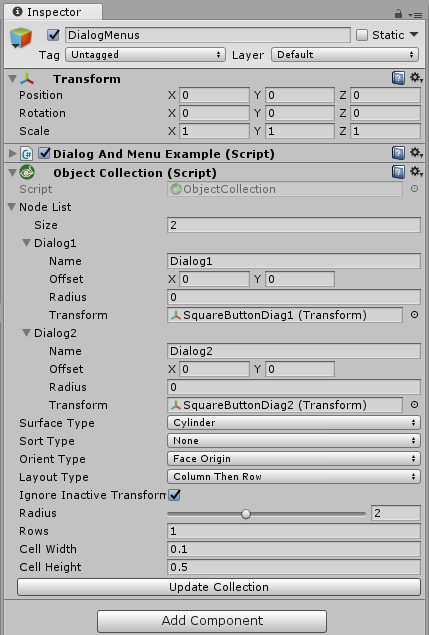 Now it’s time to add some code to display the Dialogs in each button Click action. In [DialogMenus] let’s add a new script based on [Dialog and Menu Example]. This is a sample script which can help us to have this interaction. 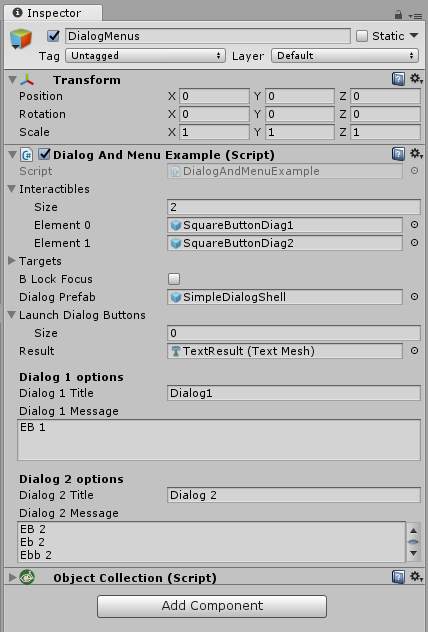 The complete code can be downloaded from GitHub, however there are some interesting code parts to remark

8 thoughts on “#Hololens – Tutorial to use Buttons, Dialogs and more with #MRDesignLab (#HoloToolkit ++)”

Buy me a Coffee

Upcoming and Past Events