Today is a quick posts on Unity3D and Hololens, I’ve been dealing with com nice and heavy C# bot code during the past days so it’s time to go back to Hololens. So, a couple of days ago I found that my Apps were not deployed as Unity VR Apps to the Hololens, instead they were 2D UWP Apps. I usually leave all the configuration of the project to HoloToolkit.

I’ve already wrote about this. However this is a good reminder on how to do this. Go to the menu “HoloToolkit // Configure // Apply Hololens Settings”, and that’s it this will change the project settings to be a Unity3D Hololens enabled project. It changes the project target to UWP, the use of Direct3D,  it will set “Fastest” as the default Quality and some other internal actions. 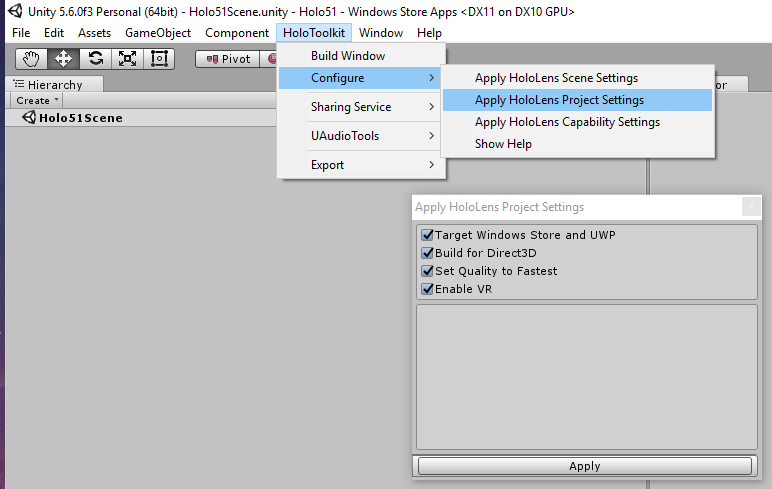 Once we apply this change, we need to restart Unity3D and then we can see all of this changes in the “Build Settings” window. 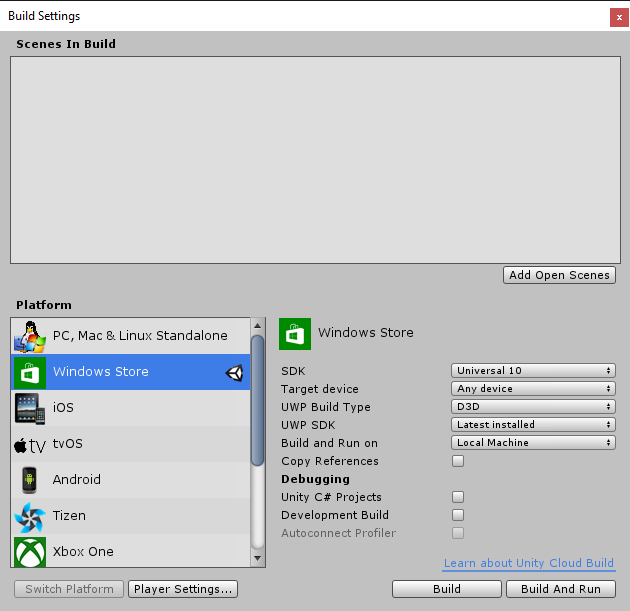 One of the important steps performed by this menus was to add “Windows Holographic SDK” into our project virtual reality SDKs to be used. In my current version this was not part of the project settings process. And that’s why I found a UWP 2D version of my app in the device.

It maybe related to my version of Unity3D or the HoloToolkit. However the fix is easy: add “Windows Holographic” and that’s it !!! 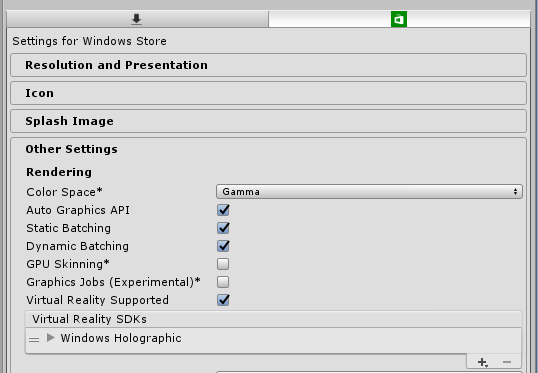