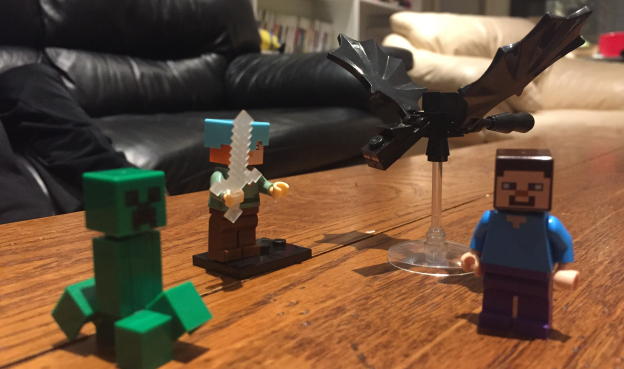 This was initially meant to be released at the beginning of the school year in the northern hemisphere (September), and now,  couple of months later, we finally get this release.

There is no major innovation in the basic Minecraft game, the main differences relays in the roles that are supported on the game. Teachers can create new worlds, invite students and see their work in these worlds. The basis of this idea is a full collaboration scenario between parents, students and teachers.

Important: If you haven’t Minecraft, I recommend you take the materials of the site official of Minecraft Education Edition.
While it has had a good reception in general, there is an idea that has been misinterpreted and I think perhaps it is because it is poorly explained. Some teachers commented that:

It seems an excellent idea, but they do not have time to create worlds and new content for lessons that taught in their classes.

This is fine, a teacher does not need to create materials in Minecraft (if he / she wants of coure it will be good). It is almost certain that a Professor can not devote hours and hours in a Minecraft world … however their students will do this, they will spend hours inside Minecraft worlds. And this is the important point, help and encourage students to create elements related to the topics of class within Minecraft.

The generation that is now fulfilling the “students role” are those who spend much time in the worlds of Minecraft, and those are who will surely amaze us with their ideas.

Personally, I’m amazed at the things my children built in Minecraft. When they tell me the reason for your designs or ideas which have for these worlds, I guess the good thing that can be all that creativity guided under the concepts of teachers.

So, it’s time to see if the idea is good enough to have a major impact on the community of educators. I hope that if