A fast post today, this week was a busy one so I had not time to work on my personal projects. And today is a response to a private question I have a couple of days ago related to the integration of Hololens, HoloToolkit and the new version of Unity 5.5.

The response official can be found in the Hololens forums (link) 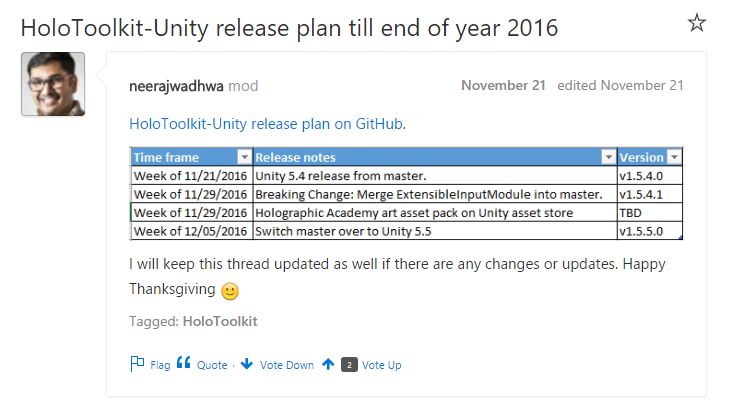 And if want to know more about what contains the beta of Unity 5.5, read here (link).The last version that I tested (5.5. 0f1) works well with Hololens projects, however, on previous versions, a couple of them were not very Hololens friendly. Remember that the version that we downloaded to them projects of Hololens also is based in the Beta 5.5, but is it version [5.4. 0f1-HTP].