During the last months, I have had the opportunity to talk about Hololens. Indeed, there is a very important issue behind these sessions:

The way in which we interact with technology is moving in a new direction. HoloLens is one great example about this. We must prepare to adapt ourservles to new user interfaces, new interaction models and a new full paradigm that will affect the way in which we live.

And so far the header pitch. If someone says “no”, I kindly invite to look back and see how a device like a smartphone has radically changed the way in which we live. A small trivial device, allow us to be connected all the time. It has also opened up the possibility for new business models as Uber, NetFlix or Spotify (a couple of days ago talked with some friends from the time when we move all our music CDs to MP3 files … old times!)

And so Microsoft introduced Hololens. Although the idea was based on concepts that already existed: Virtual Reality and Augmented Reality, the device itself meant a major change.

Important: There are a couple of issues to know when we talk about Hololens. We need to keep in mind that the current version is a prototype. It is true that, even though it has no cables, also has an interesting weight if you planning to use the device for 4 hours or more. Another detail is the POV: is quite small and if you strive you can out of the experience very easily. Projection on a remote computer from the user view is somewhat unclear and, as it tends to have a little delay. So at the end, the experience is truncated when you talk and share the HoloLens experience using a projector to a group of people.

Having said all that, the best thing you can do with the device is to try it. Once you begin to use the Hololens and has adapted to the gestures, the Gaze and the mechanics in general, all those points are forgotten instantly. It is completely natural to interact with a hologram and enjoy a Mixed Reality experience.

I may write a lot about this in my blog, I can even do podasts or webcasts. However in the case of Hololens, the real experience is when a person testing the device. I don’t have photos of all those who have tried it, the answer in general is usually Wooooowww!

I have no sources that can cite to tell how it will be HoloLens V2, but I’m sure that Windows. The holographic platform will be that mark the development of apps in the near future. Hardware manufacturers like Acer, HP, Lenovo and 3DGlasses are creating new devices compatible with this platform, with prices estimated from the $299 (link). An example of this is Lenovo bet, which seems to be at a price between $300 and $400. 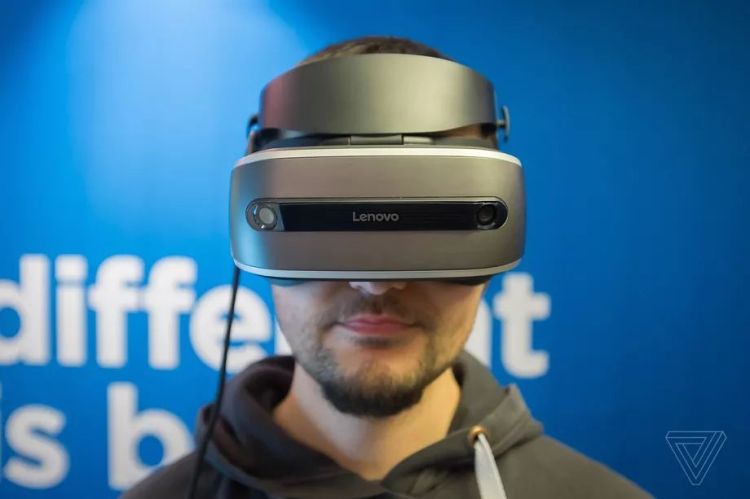 This device was introduced at the CES 2017 a few weeks ago and is 100% compatible with Windows Holographic.

I some time ago, I commented that the developers should take into account tools like Unity3D for having a job in the future. My bet is that “all apps will be 3D” led me to some interesting conversations with friends and colleagues.

What if it is true, is that within a few years the ideas of VR, AR and MR will be an everyday part of our lives. Maybe actions from day to day are a mix of these technologies. See that calories have a product in the supermarket, using our smartphone camera; or if we have any allergies the same camera can show products banned for our diet.

In the case of VR applications, personally, I see them much more in the world of entertainment, such as previews of sites for travel, or the new generation of video games consoles. And the concepts of wearables as Hololens, that will allow us to have a more complete reality perception, is something that only needs to make the devices more portable. I still the first mobile phones several years ago that they had more weight than the Surface on which I’m writing now: D… There is that.